If we could rewind a bit to A and T for a sec...Thank you Tara Tyler and Alex J. Cavanaugh for featuring me in your N and Y posts, respectively!  Such nice surprises from two surprisingly nice people. Looking forward to catching their Zs. :)

Umm, I should probably go back to B as well.  As Suze's incessant giggling reminds me, I owe Blogger an apology:


Dear Blogger,
Ever so sorry for flipping out and swearing at you in text lingo.  It appears the fault for that scheduling glitch lies entirely with me.  Although...well, I still think you could've somehow made it more clear that saving the scheduling information in the sidebar doesn't complete the process - the save button says "Done," after all.  Just saying.

And now on with the show...

Z is for: Zebras! 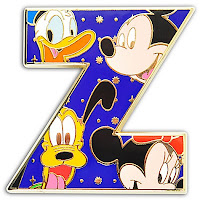 It's fitting that we're ending on one of my most favorite Disney World discoveries---the Sanaa restaurant in the Kidani Village, part of Disney's Animal Kingdom resort.

Sanaa not only has delicious African food, it's got floor to ceiling windows with views like this: 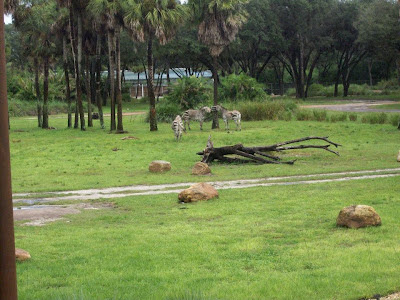 I had high expectations after reading about Sanaa online, and I have to say, our lunch here lived up to every one of them.  You really do get to see tons of zebras plus giraffes, gazelles, wildebeests, and ostriches.  If you're lucky, a crazy bird will walk right up to the window by your table and challenge its reflection. 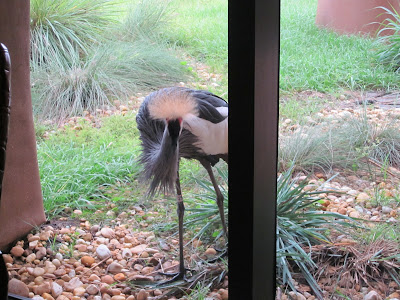 The Kidani Village is an easy bus ride from Disney's Animal Kingdom park, and what's really cool is that sitting down to a meal at Sanaa allows for time to simply watch and see what's going to happen next. Like zebras rolling on their backs like puppy dogs, or a giraffe kicking at one of the stripey fellas when he gets impatient waiting for his turn at the hay sack. 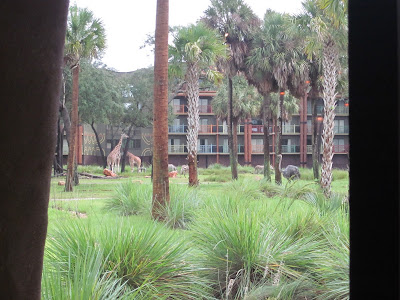 We lucked out with a window-side table, but the restaurant is small and all the tables seem situated with the view in mind. Actually, Sanaa itself is quite the visual pleasure. 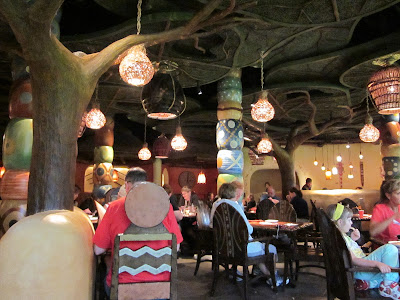 Disney World Trivia
Between 1948 -1960 Walt Disney Productions produced a series of short subject documentaries with a focus on nature and wildlife.  What was the name of that series?
Posted by Nicki Elson at 12:01 AM

Hi Nicki! Thank you for introducing me to the challenge. The restaurant looks awesome--I had no idea Disney had so many treasures. I had sudden trouble with scheduled posts as well. How do I make sure they post?

one place we have not eaten at yet! thanks for the rec!

so nice to have another disney AND writing friend! and thanks back for your shout out =)

Well done! You made it!

Great job on all these posts. I will be using your tips this fall.

Thanks for all the great info.
Heather

'If you're lucky, a crazy bird will walk right up to the window by your table and challenge its reflection.'

And the name of the series was ... 'Frontierland!'

Never show Blogger your weakness!
Had fun with your Disney travels, Nicki.

Hubby remembers a production company called Buena Vista? (that may have produced them?) Neither of us can remember the name. (we probably just called it Disney Travel)

Thanks for the follow. I've enjoyed your posts and I'll be dropping in now and again.

What a wonderful restaurant! I think I'll have to backtrack through more of your posts to convince my family to go for another visit! Thank for following me, and I hope to see more of you! Julie

Great to meet another Disney fan! What a cool restaurant that is!

Well done on completing the Challenge!

Wow that restaurant looks likes a great place to eat. I love animals. Thanks for sharing.

Congrats on completing the challenge!

Disney's Wild Kingdom? Not sure. I wish I had known about that dining option when we were at DisneyWorld three years ago . . .maybe next time. The pics are awesome, and I love the part of your story of the impatient giraffe.

We made it through the challenge! Now I just need to schedule a trip over to Disney and all will be well with the world :)