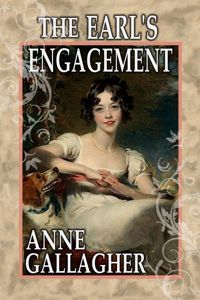 Most people seem to sniff derisively at the idea of a "Hollywood Ending," but let's face it---most of the sniffers must be lying. Because the only reason Hollywood Endings get shoved down the throats of movie and fiction writers is because people want them. Or I guess at the very least have been trained to expect them, and Meeting Expectations = Satisfaction, right?

20 comments
Email ThisBlogThis!Share to TwitterShare to FacebookShare to Pinterest

Like you plan for something, prepare, get all your ducks in a row, count all your chickens, other cliches concerning fowl that are eluding me right now, and then BLAMMO, the thing you were preparing for ain't gonna happen. Or at least not in the way you expected. When something like that happens, do you feel like you were the cause of it? Like you showed the universe too much of your heart and it smacked you down?

If you get what I mean, and it's ever happened to you---what do you do afterward?


And since we're thinking all philosophic-like, you might want to skip down to the post below to sign up for a very fun bloghop that'll really get you digging deep inside yourself.

Just when I was in dire need of something to break me out of my funk and get revved up for the new year, along come Suze and M.Pax with an invitation to co-host a most excellent bloghop adventure!  Enough looking back upon the past that was 2012, we're jumping forward to 2023.

Your adventure instructions are here:

You're up before dawn on a Saturday when the doorbell rings. You haven't brewed your coffee so you wonder if you imagined the sound. Plonking the half-filled carafe in the sink, you go to the front door and cautiously swing it open. No one there. As you cast your eyes to the ground, you see a parcel addressed to you ... from you.

You scoop it up and haul it inside, sensing something legitimate despite the extreme oddness of the situation. Carefully, you pry it open. Inside is a shoebox -- sent from ten years in the future -- and it's filled with items you have sent yourself.

Totally fun, right? Sign up below and then prepare to meet 2023 you as you put together your post for March 1. What's in your capsule?

58 comments
Email ThisBlogThis!Share to TwitterShare to FacebookShare to Pinterest

As I sit here struggling with what to contribute to the first installment of this year's Insecure Writer's Support Group, created and hosted by the illustrious Alex. J. (we meet the first Wednesday of each month, in case you didn't know and would like to join), it strikes me that there's my insecurity - am I going to be able to re-energize and effectively keep all my plates spinning this year? (Like the circus trick tie-in, Arlee?)

Silly question, of course I will. I sort of have to as indicated by the trumpet-blaring angel above. Not to mention the other factions of my life that will all soon be rearing their ugly heads again. It's just that I've become so massively great at chillaxing over the holidays and I'd like to stay here for a bit longer. So what do you say, give me 'til Monday before I have to fully awaken from this eggnog-laden hibernation?