Thank you all so much for your encouraging words last month regarding my anxiety about leaving my laptop behind whilst I skipped across the pond. To be honest, I feel silly for having even given it a thought. As most of you said, it's good to step completely away once in a while. I returned re-energized and eager to attack writing projects that'd gotten buried under my giant stack of virtual papers.

Today, I simply want to share pictures of literary interest---because I know you writer types will find them fun. I took these during my most excellent adventure in London. 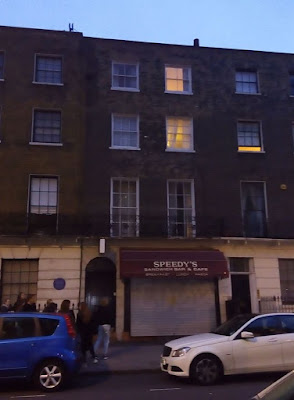 Filming location for 221b Baker Street
Fans of BBC's Sherlock---a superbly written show---will recognize this as the door Benedict Cumberbatch and Martin Freeman frequently go in and out of. 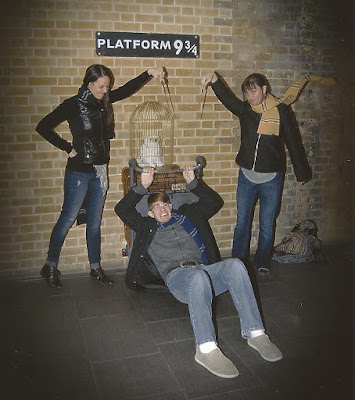 Platform 9 3/4 at King's Cross
I didn't take this picture...because I'm IN this picture!. As a Hufflepuff. My sister's the Slytherin, and we've teamed up against my son, the Ravenclaw. Who wants to write the fanfic that brings this situation about, hm? 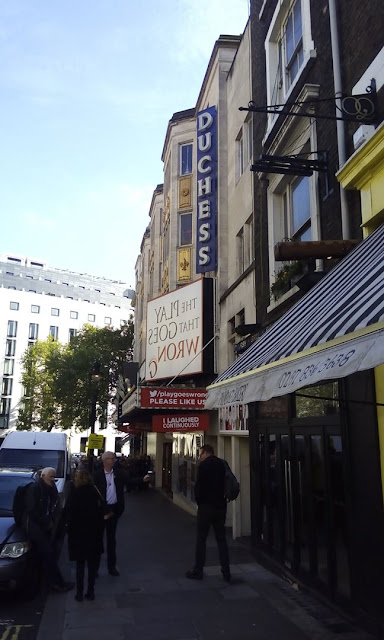 The Duchess Theatre
This is where we saw The Play that Goes Wrong. It's so good. It's SO good! Hilarious from beginning to end. If it ever comes to a theater near you, I highly recommend it. 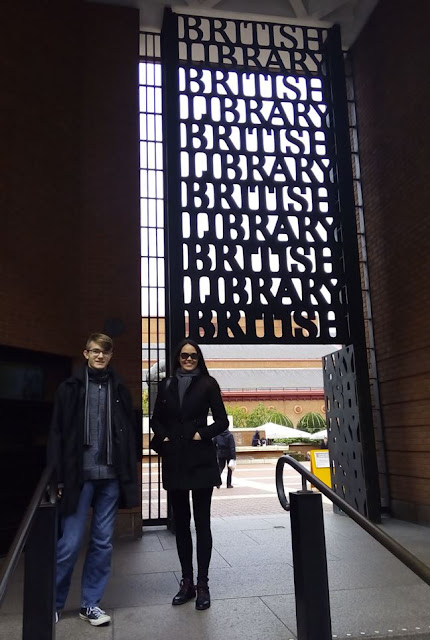 The British Library
It's really cool to look upon original manuscripts by Shakespeare, Austen, etc., etc., etc. and think about the magic they created with simple ink and paper. 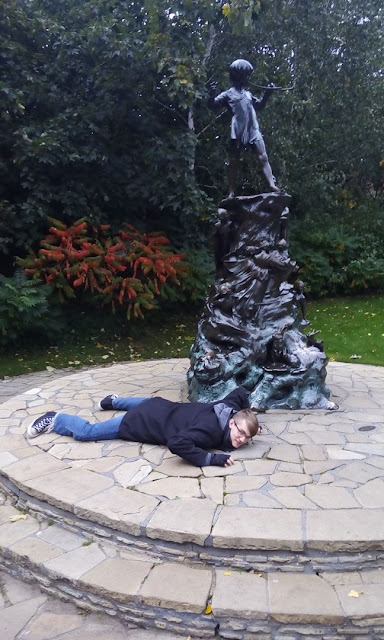 Peter Pan Statue in Kensington Gardens
JM Barrie had this statue secretly installed in the middle of the night so that the next day children would come to play at the park and it would magically be there. What an incredibly cool guy. (My son played the Crocodile in his school's production of Peter Pan last spring, so he indulged his mother and assumed the Croc position for this photo.) 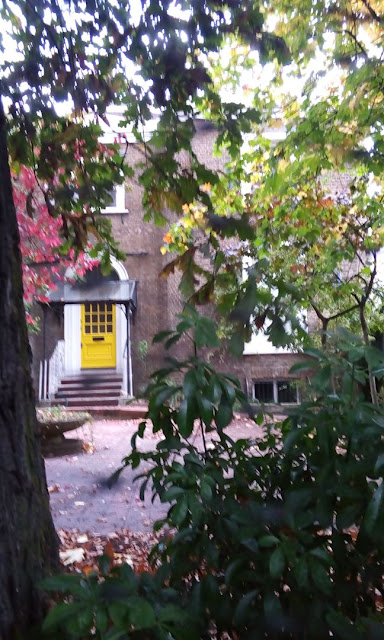 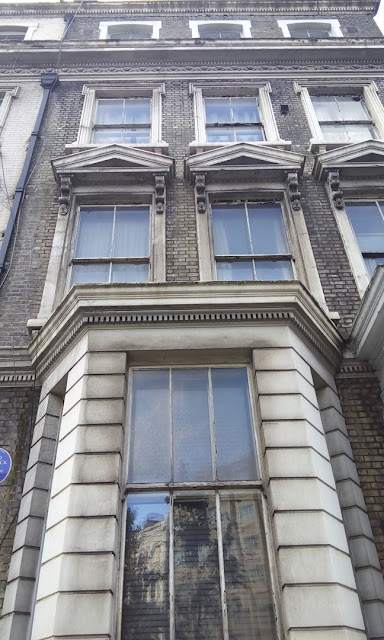 Sir Alfred Hitchock's Home
Alfred Hitchock lived in Earl's Court from 1926-1939, the period when he made many of his early films, including The 39 Steps, the film that won him wide acclaim and made him a star in the US. 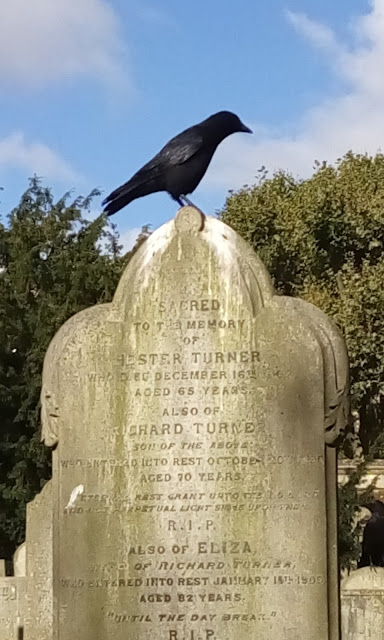 I'm including this one because it's really freakin' Poe, right?