Hey gang! I'm going to start posting links to my monthly newsletter at my blog. If you'd like to have Nicki's News  delivered right to your very own in-box, you can sign up here. This month I'm sharing a super awesome summer playlist plus 5 things that are real in VIBRIZZIO & 5 things I WISH were real. 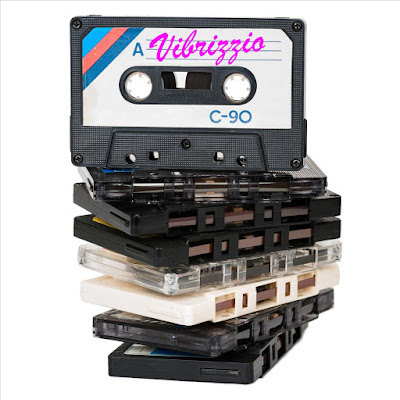 On a total side note - have you seen JURASSIC WORLD yet? I just did last night & it's soooo good. So, so, so good. When my kids were toddlers they'd watch our VHS tape of JURASSIC PARK over and over and over again, so it was super fun to sit w/ them as almost-adults to watch this proper sequel. I thought it did a great job of being fresh while still giving nods to the original. I already want to go see it again.

Another story on the never-give-up front: Susie Salom #IWSG:

Some of us first met Susie Salom as as the Girl Wizard. She's also Suze from the former Subliminal Coffee blog. (You can now find her on Twitter as @Susie_Salom.) Those of you who kept up on her blog were let in on many of the trials and triumphs of her writing journey. In case you haven't heard, here's the latest triumph---and it's a big one:

THIS was announced a few weeks ago.
Scroll down at the link to see Susie's pretty face and  read the details of the big announcement in Publisher's Weekly: Cheryl Klein at Scholastic's Arthur A. Levine Books has acquired world rights to Kyle Constantini Finds Her Way, a middle-grade novel by debut author Susie Salom.

Hooray!!! This absolutely wouldn't have happened if Suze had let earlier discouragements kill her dream and belief in herself. She's truly a testament to never giving up. I asked if she'd share a bit about her writing story, and this is the wisdom she poured forth:

I wrote a women's fic piece and didn't submit it because I knew it wasn't pub-worthy. It was more a practice manuscript. Then I wrote another women's fic piece, a coming-of-age piece and a third women's fic piece. Over the course of five years, I wrote the three, queried two of them and took two of them to conferences. I had partial requests that turned into fulls that got looped into the revise and resubmit turnstile until my heart felt it wouldn't survive another round. But then came the MG piece. And after that, things happened fast. Why? Because everything was clicking. It was the sweet confluence of variables in which the story got into the hands of an agent who got what I was trying to do and then into the hands of an editor who was looking for something like this for her list. If anything, it was mostly a matter of staying true to the kind of writing I wanted to put out there and just waiting for everything to come together to nail the moving target.
And that's what I would want every writer to keep in mind. There's no such thing as a rejection. That's toxic semantics. Disassociate that word from the valid and personally-meaningful work you are doing because what you're looking for is your moment. It's the opening you're believing is going to present itself and for which you're staying ready. Because the universe doesn't play favorites, it just plays fast and hard and you've gotta keep your wits about you and be ready to leap--and keep on leaping--when your diving board swings into view.