Showing posts from May, 2011
Show all

How 'Bout an Old Fashioned Game of Tag on Memorial Day? 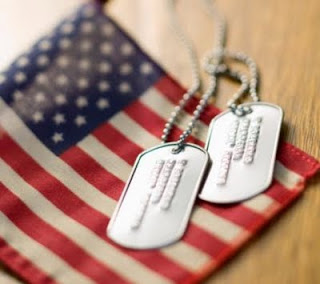 I've been tagged by the wonderful Kittie Howard , so now you'll be subjected to a few random tidbits about moi. And guess what... come close now... You're It! When you get the time, please answer the following 8 questions at your blog and then tag some others (I think 5's the rule, if you're the type to abide by those sorts of things). 1.  If you could go back in time and relive one moment, what would it be? My dad's 65th birthday. A big group of us celebrated Dad's big day at the Beirgarten restaurant in Epcot's Germany, where Bavarian beverages flowed, the kiddies rocked out to polka music, and we were all abundantly relaxed and happy.  The very best thing was the smile that didn't leave my dad's face the whole night.    2.  If you could go back in time and change one thing, what would it be? I would arrange it so my other brother & his family and my sister could've been there...and maybe transport us all to a genuine biergarte
6 comments
Read more

Blog Buddies -- They're not just on the Internet! 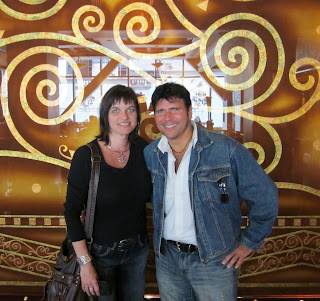 We did it!  Ever since blog friend Michael Di Gesu and I discovered our birthdays are only three days apart---and that he's in Chicago and I'm in the western 'burbs---we've been talking about getting together.  And last Friday we made it happen.  Of course we made it happen; we're both stubborn Tauruses (or would that be Tauri?), after all. This is us at the Grand Lux Cafe on Wabash I'm happy to report that Michael is just as lively, open, warm, and wonderful in real life as he is on his blog.  The conversation and laughs flowed easily all through lunch...and about 45 iced teas/Diet Cokes. But that wasn't enough, so after having the waiter snap a photo of us, we wandered over to a Starbucks that had the most AMAZING view of Wacker Drive and continued the conversation.   If you ever get the chance to meet up with someone you've clicked with in the blogosphere, I highly recommend it.  Thanks for the fun, Michael! During A to Z, Michael won a copy of
11 comments
Read more

Given the plethora of writing-related blog hops, I gather I'm not the only one who enjoys a writing challenge.  I don't often get to join those hops, as I'm still trying to figure out how to keep all the balls I'm attempting to juggle in the air, but I'm very fortunate in that more than one of my balls---okay, can we please switch to oranges or something?  Thanks---as I was saying, more than one of my oranges involves writing. Added to my ever growing list of duties at work is writing about products for my company's website and blog.  This can get dull at times, but being the writing dork that I am, I get huge kick out of wooing the search engines with my words, i.e. Search Engine Optimization (SEO).  The challenge lies in packing the entries with key words without looking like I'm doing it.  The most important thing is to have something informative and appealing to potential customers, and that ain't gonna happen if I simply parrot the same words ove
13 comments
Read more

Alrighty then, here are the final 80s TV Shows Trivia answers.  Much thanks to everyone who played. :)  If you see your name below, this badge to the left is all yours.  Remington Steele One of the show's early writers and producers, Glenn Gordon Caron, quit after the first ten episodes to start his own production company.  He went on to write and produce another hit 80s TV show, also about a pair of bickering "I hate you/I love you" detectives.  Know what it was? A: Moonlighting Who got it right? Tara Tyler ; Alex J. Cavanaugh ; Anne Gallagher ; Lynn Reed .  I'm on the bubble about Michael Di Gesu because he was going for "McMillon & Wife" but did switch to the correct answer when he saw other guesses, so, hrm, 1/2 point? Saved by the Bell Only four of Saved by the Bell's seven regular characters (pictured here) appeared in each of the TV show's eighty-six episodes. Can you name them? A: Zack, Slater, Screech & Lisa Who go
13 comments
Read more

Here, Have Some Wine with Your 80s TV Shows Trivia 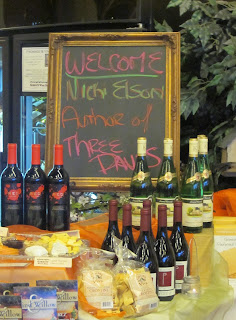 Last week was my wine tasting/book signing event at Gibby's Wine Den .  The experts at Gibby's paired a wine with each of the Daves, and it was SO much fun!  I'm grateful to everyone who came out ready to laugh, sip, and talk Grapes & Guys. I did a guest post about the event at the very cool book review blog Chick Lit + Wine , where hosts Syrah and Chardonnay review Chick Lit books and then pair each book with a wine.  If you're wondering what kind of wine goes nicely with a bad boy, Mr. Perfect, etc., please stop over.  And now it's time to reveal more answers to my 80s TV Shows Trivia! (Scroll over the black bar to see the answer) Jake and Fatman Jake and the Fatman was supposed to be canceled after its first season, but it was saved when another 80s TV show ended and CBS wanted to make use of the expensive unexpired lease on that show's studio facilities in Hawaii---what show might that've been, hm? A:  Magnum P.I. Who got it right?  Mich
9 comments
Read more

I don't know about you (although I have my suspicions) but I'm exhausted after AtoZ.  And I didn't even make it through a tenth of the entrants!  But I sure did have fun at those blogs I did frequent. Thanks to everyone who stopped by and made me laugh and smile with your comments about crazy 80s TV Shows. Double thanks to those of you who played along with 80s TV trivia madness.  I've got something for you: 1. The answers to the first 10 trivia questions (scroll over the black bar to reveal the answer). 2. An award!  I've listed anyone who answered the question correctly---if you see your name listed, please help yourself to the award to the left. Stay tuned, because I'll reveal the rest of the answers over two more posts---one later this week and the final one next Monday---and I just may have a special prize for the blogger with the most correct answers.   (To be fair, I'll only count answers entered during April for the prize)   ALF Q: ALF is
13 comments
Read more
More posts