When I posted the video trailer for Hans & Greta earlier this week, some of you commented on the great book cover. It was designed by Carol Oates of Custom Book Cover Designs.  Carol was an absolute delight to work with. I highly recommend her for covers & promo graphics.

To recap my update on Wednesday's post: I received excellent feedback on the trailer, and from everyone's reaction it seems like I was on the right track. Something about it once we got past the "Psycho Girl" slide niggled at me, but it wasn't until the wonderful Liz Blocker voiced what I couldn't put my finger on that I realized what I needed to do to get this thing to maximum awesomeness. Thank you, Liz!

So what do we writers do when we see that our work could be better? Edit. And that's what I did. Even though I was  happy with the original video, I'm thuh-rilled with this new one (but I'm still open to critiques, promise).

In addition to fixing the thing that niggled at me, the edit gave me the opportunity to get rid of something else that bugged me. The original ended with a change in the tuneage to a melancholy sort of drone, and that just doesn't fit with the story. Hans & Greta is edgy the whole way through, so it's entirely appropriate that the trailer music stay that way too. AND, as Alex just pointed out, this new version adds something that was missing before---humor. I also like to think the story has plenty of that.


Ladies and gentlemen, I give you Hans & Greta two-point-AWESOME!

I'm celebrating the wide release of Hans & Greta: A Twisted Fairy Tale Novella---now at Barnes & Noble and Smashwords in addition to Amazon---with this brand new video trailer. If you can spare 54 seconds of your life, please have a look and tell me what you think. And if you're of a mind to Tweet this post or share it on Facebook, I'd sure appreciate it. Thanks!

UPDATE on 1/30: I've received excellent feedback on the trailer, and from everyone's reaction it seems like I'm on the right track. Something about it once we get past the "Psycho Girl" slide niggled at me, but it wasn't until the wonderful Liz Blocker voiced what I couldn't put my finger on that I realized what I needed to do to get this thing to maximum awesomeness. I'm almost done w/ the revised video but want to let it set for a bit and then smooth out the kinks. I shall endeavor to get Hans & Greta 2-point-awesome up tomorrow. ;)

And now, please allow me to direct your attention to the left---the sign-ups for the A to Z Challenge 2014 are open. Are ya brave enough to sign up? If you'd like to know some reasons why you should join, just read this post at the A to Z website. 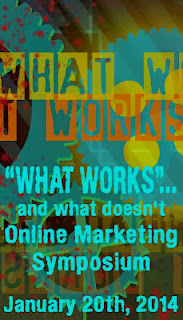 I've yet to strike sustainable sales nirvana, so today I plan to mostly keep my mouth shut and listen. But I'd like to share with you a few observations I've made in the last year about using giveaways as a marketing tool.

#1 Giveaways don't translate into a noticeable increase in sales. BUT they are great for increasing followers on Facebook, Twitter, etc., which could lead to future sales if I ever figure out how to effectively use those social networks.

#2 Giveaways work better when I keep it simple. The tasks to earn entries must be straight forward and instantly complete-able. I ran a giveaway that required entrants to leave a review in order to enter, and that was too weighty of a requirement. By the time I figured that out and made the requirements simpler, I'd already confused everyone too much, and that giveaway never really picked up any steam.

#3 Don't limit yourself to the usual  "Like" my Facebook page and Tweet this. I've used giveaways to drive my books up Goodreads lists and soon I plan to use one to get YouTube views on a book trailer.

#4 Gift cards get more entries than book giveaways. Even if it's just $5. Lately I've offered a gift card plus a choice of one of my books, and that combo seems to have worked pretty well.

#5 Giveaways work better when it's a team effort. Whether it's one big giveaway that a bunch of authors/bloggers are in on or a hop in which participants post their individual giveaways, I get way more entries than if I'm running a giveaway all on my own---simply because there are many more people out there talking it up.


Click on any of the host links above or the image for more symposiumers.

28 comments
Email ThisBlogThis!Share to TwitterShare to FacebookShare to Pinterest

What do you love about coffee? 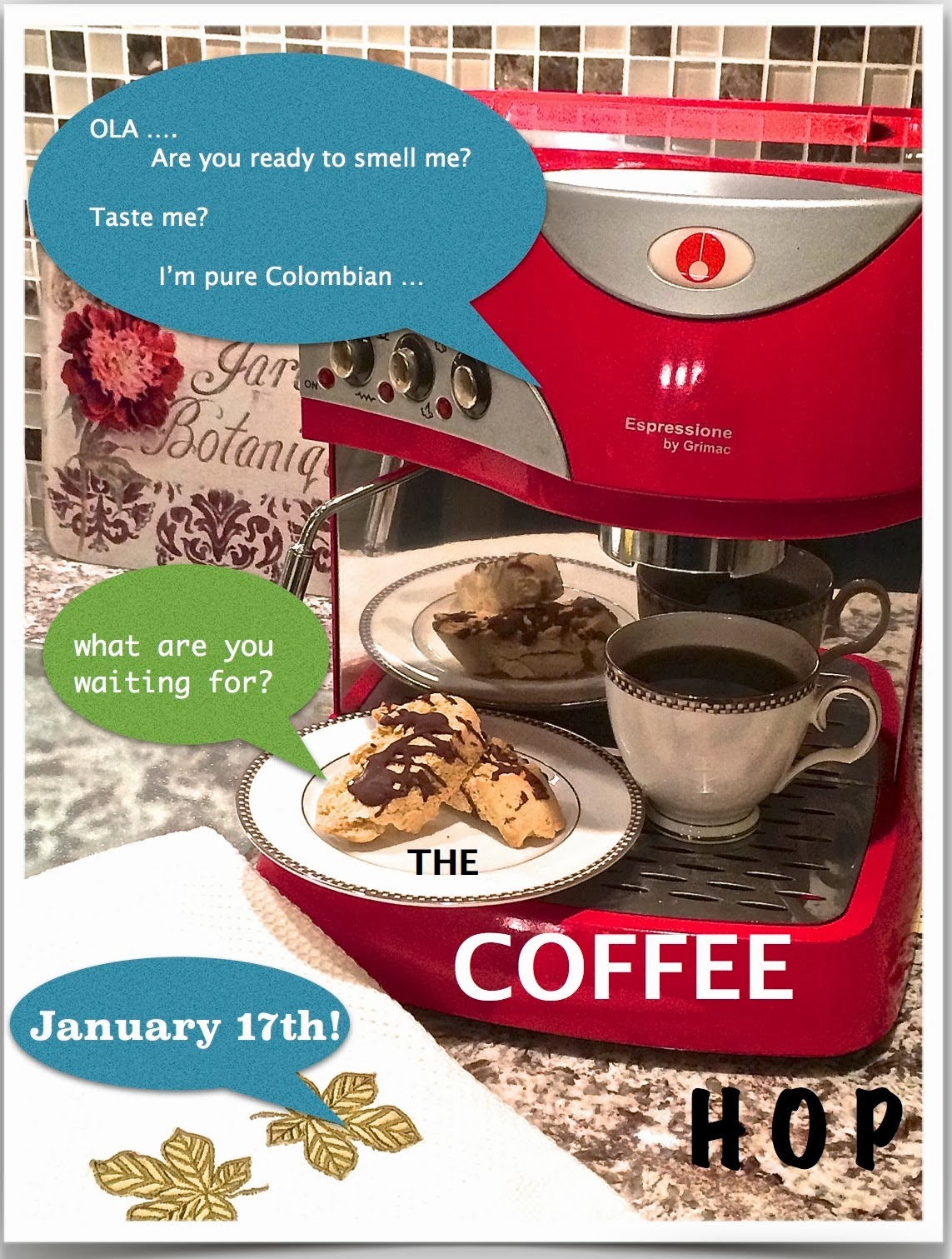 This ch-ch-chilly day is the perfect day for Michael Di Gesu's Coffee Hop---a day in which we get to extol the virtues of this most delightful of beverages.


[If you're here for the Winter Wonderman giveaway, that post is just below] 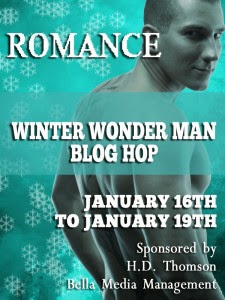 And now back to coffee, Michael's going to choose one lucky participant to win coffee that he's brought back with him directly from Colombia!  All he asks is that we tell him what we love about the stuff.

I didn't actually start drinking coffee until after I'd had my babies---which was a very good thing because this way, I didn't have to go through caffeine withdrawals during pregnancy. But when the kids were tots, that warm cup of heaven made a nice start to our crazy days.

I have to be honest though. I think I like the idea of coffee more than the actual coffee. I love coffee-flavored things, like ice cream and tiramisu, but in a mug, unless it's mocha'd or latte'd up, I don't love it. I still drink it every morning, mind you, but I don't love it. I think maybe because the American version of coffee is so bitter. I'd love to try the Colombian version. *ahem*

Although...I did just buy some Kahlua pods for my Keurig, and it's pretty smooth and yummy. I think I could learn to love it. So how about you, what do you love---or not---about coffee?

27 comments
Email ThisBlogThis!Share to TwitterShare to FacebookShare to Pinterest

What makes you say Grrrrrrr (in a good way)? 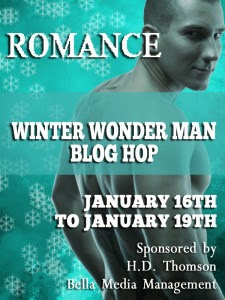 We're warming up the winter by snuggling up to some Winter Wondermen in a bloghop sponsored by Bella Media and author H.D. Thomson. Comment at any of the blogs listed below by Jan. 19th & you'll be automatically entered to win a $50 Gift Card to either Barnes & Noble OR Amazon---winner's choice. The more blogs you comment at, the better your chances of winning.

Aaaand, I've got a little giveaway of my own going just to thank you for making my place one of your stops.


Here was the directive:
“What makes a hero in movies and books wonderful to the point your toes curl?”

To answer this question, I took a look at my movie crush history. There are many more men on this list, of course, but these are the ones about whom I was most obsessive:

Fast forward a couple decades, and Ray Liotta got my engines roaring as Henry Hill in Goodfellas

Along came Tommy Lee Jones as Samuel Gerard in The Fugitive

Followed by Alan Rickman as Severus Snape in the Harry Potter movies.

I don't have a movie crush at the moment, but my TV crush du jour is Jensen Ackles as Dean Winchester in Supernatural.

So what's the common denominator? If you followed any of the links above, you'll see that they lead to audio as well as visual, and that's because the voice is key. It's gotta be deep and it's gotta rumble. Grrrrrr. Judging by the captain, US marshall, professor, and naval officer on my list, I'd say it appears I have a little somethin' for authority figures too. Who knew?

So how about you, what is it about a movie/book hero/heroine that makes you grrrrrr?


Comment at the blogs below for more chances in the Grand Giveaway:
start LinkyTools script -->
Posted by Nicki Elson at 6:45 AM

36 comments
Email ThisBlogThis!Share to TwitterShare to FacebookShare to Pinterest

Welcome to the first meeting of the Insecure Writer's Support Group, founded by the notorious Alex. J. Cavanaugh and now with its very own supportive IWSG website.

I hope this day finds you all well and with your 2014 off to a great start. Today I want to share something I recently learned about. Since social networking is an inextricable part of being a writer these days, we often find ourselves with a reallllly long link that we very much wish to shorten. I've used Hootsuite up until now to pre-shorten, but sometimes that's a pain, so I was thrilled to learn an easier way.

Now, it's quite possible that everyone else already knows about this, BUT I was able to amaze and impress my teenaged children (not an easy thing to do) with this newfound knowledge, so maybe I'm not so far behind...and if I am, just humor me, eh?

Did you know that to get a shortened url, all you have to do is type goo.gl into the search bar, then past your long-arse url into the space indicated, click "Shorten url", and BOOM! You've got a short url that you can use to do whatever it is you want a short url for. For example, if one wanted, one could use the url shortener to put together a Tweetable that they ask their blog visitors to Tweet...like-a dis:


"The way new adult should be" "Charming, light-hearted story with some steam!" Three Daves by @NickiElson3D http://goo.gl/mrwgr1

*whistles and looks around innocently*

Please visit Alex and the IWSG website to learn more about this group and find links to more Insecure Writers.