Yay! I'm so excited that I got to ask my favorite authorly question to a whole bunch of the fabulous authors with stories in the brand new Hero Lost anthology. Here is your awesome Hero Lost playlist:

The Question: If you had to pick one song that best captures the essence of your story in the Hero Lost anthology, what song would you choose and why?

The song I would pick that best sums up the essence of my story would have to be Sarah McLaughlin's song "Building a Mystery". When I first got the idea for "Mysteries of Death and Life", that song crept into my mind and never left. Honestly, the story that came to me was a lot darker than the one I wrote. I'd love to really dive deep one day, find the darker essence of my characters and their stories. Alas, word counts require condensing. Perhaps there's a novella here waiting to be written one day?

“Dust in the Wind” by Kansas is probably a good embodiment of “Memoirs of a Forgotten Knight”. The idea that time erases everything is prevalent in the story in many ways, from the ages of knight and dragons to the state Cormac finds himself in by the end of the story. The song itself has a bittersweet tune that befits the tragedy of this forgotten knight.

“Fortunate Son” by Creedence Clearwater Revival would be Ethan Klaussen's song, the main character in The Wheat Witch. It relates to his attitude for a great deal of his life about himself. He has very little faith in humanity or any form of desire beyond his immediate world of work, his mustang and his bar near his house until a moment in the bar redefines him.

This was tough because I didn’t really have any songs in mind while I was writing the story (which is actually weird for me). But I think “Smoke and Mirrors” by Imagine Dragons is a good fit, particularly for Mikah’s character in “The Last Dragon.” The band’s name is just a bonus. :)

I'll go with "That Old Black Magic" by Frank Sinatra.

“Hey Jealousy” by the Gin Blossoms because “The Art of Remaining Bitter” focuses on envy. The song is more about jealousy in a romantic relationship, and my story is about sibling rivalry, but there is a longing in both of them that is similar.

"How You Remind Me" by Nickelback ran through my head on repeat until I wrote "Of Words and Swords." I don't think it fits the story exactly, but the tone fits Maud, the main character.

For "Breath Between Seconds," the song would be '"Doomed'" by Bring Me The Horizon. 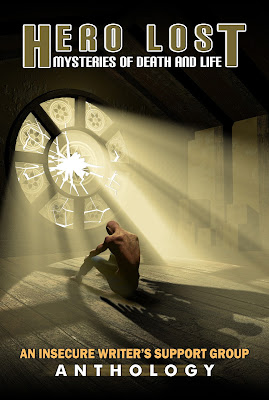 Can a lost hero find redemption?

What if Death himself wanted to die? Can deliverance be found on a bloody battlefield? Could the gift of silvering become a prison for those who possessed it? Will an ancient warrior be forever the caretaker of a house of mystery?

Hand-picked by a panel of agents and authors, these twelve tales will take you into the heart of heroes who have fallen from grace. Join the journey and discover a hero’s redemption!


Hero Lost Website
Posted by Nicki Elson at 5:51 AM

My writing lately is mostly for the quarterly newsletter I write for my day job - but hey, writing is writing, right? And since space in the newsletter is limited and I have a LOT to cover in it, I get great practice at making every single word count. But it keeps me too busy, so this month I'll move right into the optional IWSG question:

What is the weirdest/coolest thing you ever had to research for your story?

Well, if you've read the blurb for my latest release, I ... uh ... yeaaah, forget that one. I'm gonna go in a different direction here. I'd say the weirdest research I've done for a story was to identify a tasteless poison that could be easily disguised on something like, oh, say ... Smarties. 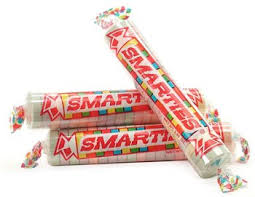