This is what happens when you frustrate your muse. COVER REVEAL Mortal Musings by @AriaGlazki #amreading #amwriting

Today I'm excited to take part in a cover reveal with IndieSage PR. I'm extra excited because it's for an author I've recently gotten to know through the interwebs. She's a wonderful combination of really cool chick and font of knowledge. I speak of Aria Glazki and her upcoming novel, MORTAL MUSINGS. Before  I show you the cover, here's the blurb -- which I think ALL writers will find interesting...

Muse Alexandra has had it with the arrogant, ungrateful humans she is obligated to inspire. When the internal ranting of her latest charge pushes her past reason, she disregards the rules and forces her own words through his fingers, and is instantly entrapped in mortal form. With no magic, no identity, and no resources, Allie has no alternative but to navigate the mortal realm, depending entirely on her reluctant host while discerning what exactly caused her transformation — and how to reverse it.

Brett doesn’t have a chance to consider the words that mysteriously showed up on his screen; he’s too distracted by the stunning woman who appeared in his office out of nowhere. Before his brain can catch up, Brett’s uninvited guest becomes enmeshed in his everyday life. Her artless innocence gradually lessens his suspicions. Most importantly, the writer’s block that’s been plaguing him dissolves under the fantasies the naively beguiling Alexandra inspires.

All too soon, the forced proximity sparks a confounding awareness neither writer nor muse are able to resist.

Ready for the awesome cover??
Here

About Aria Glazki: Aria’s writing story started when her seventh-grade English teacher encouraged her to submit a class assignment for publication. That piece was printed, and let’s just say, she was hooked! Since then, Aria has run a literary magazine, earned her degree in Creative Writing (as well as in French and Russian literatures), and been published in a few collections. Though her first kiss technically came from a bear cub, and no fairytale transformation followed, Aria still believes magic can happen when the right people come together – if they don’t get in their own way, that is.

10 comments
Email ThisBlogThis!Share to TwitterShare to FacebookShare to Pinterest

Y'know what? I don't really feel like talking about writing today. I'm nothing if not ADD, and at least one of those D's has taken my mind temporarily in other directions. Would you like to see my current creative obsession? As of my son's 18th birthday this coming fall, my house will have ALL adults living in it. So I adultified the kids' bathroom. 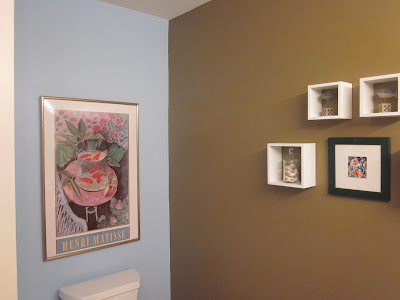 But I reject the idea that being adult means having no fun, so the under-the-sea theme stays. 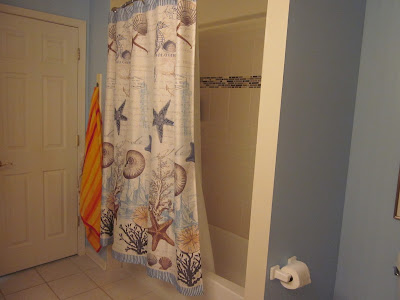 The guest room is getting a grown-up fairy tale theme. I blame the froggie prince. 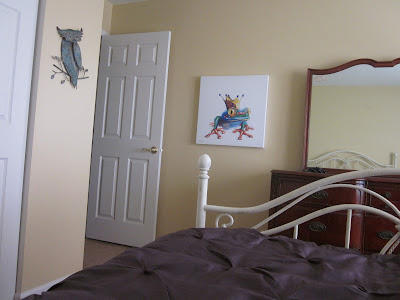 Creative minds can't stay locked on words and manuscripts all the time, right? Sometimes they need to break free and express themselves in paint and accessorizing ... and maybe even crafting window treatments out of ribbons instead of curtains. 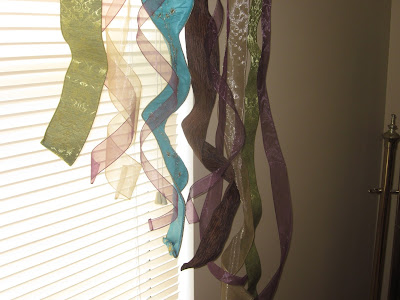 Where do your creative energies flow when you're not writing?