#London Inspirations for WHAT THE CLOCKS KNOW by @RumerHaven - Out Today!

Remember when I went to London last fall? I mentioned that I was staying with my favorite author in the whole wide world. That author is ... Rumer Haven! She also happens to be my sister - which is one reason she's my favorite author. The other reason is because she's a damn fine writer. I'm excited to have her here today to tell you about her latest release, which I can't wait to dig into this weekend.

Thanks so much for hosting me, Nicki! As you know from your own London travels, this city is loaded with hauntingly beautiful and beautifully haunted sites. I had always wanted to write a ghost story, but it wasn't until I moved here that I found myself surrounded with inspiration. It's the perfect setting, and I think the ghosts quite fancy it, too. :)


But that's the city in general. As for the settings within the setting, What the Clocks Know takes place in several London locations that I've frequented. Here are my top 5: 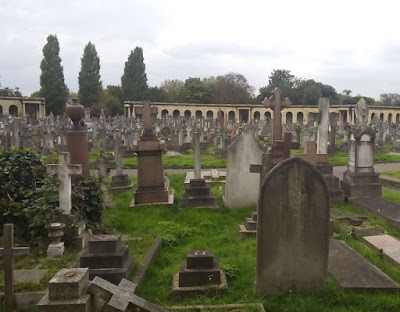 "Who is Charlotte? The name on a local gravestone could relate to Margot’s dreams and the grey woman weeping at the window," quoth the book summary, and yep, Charlotte is real. The life I've created for her is only a figment of my imagination, but I took my character's name directly off of a gravestone at Brompton cemetery and decided to send my protagonist Margot there, too, for a few key scenes. This was one of the first spots I visited on my first full day after moving to London. I stumbled upon it purely on accident, and it's been my favorite, most peaceful place ever since.

The Troubadour is an iconic establishment renowned for its music scene. It's the first place where Bob Dylan ever performed in London and has also seen the likes of Paul Simon, Jimi Hendrix, Led Zeppelin, and Elvis Costello. Founded in the 1950s as part of London's coffee house revival, one can only imagine the creative and intellectual minds that have converged here over the decades, and I personally find it a wonderfully cozy place to read and write with a cup of coffee or glass of wine. Hanging out there with author Nicki Elson is pretty awesome, too! I just had to send my Margot there as well for one of the book's scenes. 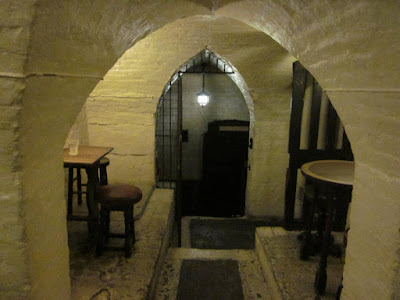 While not mentioned by name in the book, this is the old pub that Margot marvels was rebuilt in 1667 after London's Great Fire of 1666. With cellars dating back centuries even before that, this quintessential pub is tucked just off the beaten path of Sweeney Todd's Fleet Street. Charles Dickens was a regular there, and it'll always be one of my top London favorites. When Margot runs into a friend near St. Paul's Cathedral, I send them to Ye Olde Cheschire Cheese for warm lunch, ale, and shelter from the rain.

Okay, so I've only seen pictures of these on the Internet, but I've visited the Camden Stables Market a few times. The "Catacombs" were actually underground stables, as horses were needed for the railways and towing barges along the canal. As they can easily flood, these subterranean tunnels are closed to the public, so I could only let my imagination wander down there with Margot. But if you go to the nearby Proud Camden club, you can have a private party in one of the stables there! An edgy art and music mecca, this neighborhood was home to Amy Winehouse and has a vibrant day and night scene. It's also the namesake of the fictional Camden Court apartment building in my debut novel, Seven for a Secret. 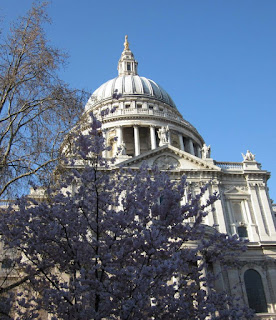 I'm making this a three-in-one deal, as none of these churches are settings of actual scenes in the book. However, they all do appear in Margot's journal entries as she chronicles her experiences in and around London. St. Paul's readily becomes a beacon of sorts to her, standing tall and benevolently in the city's center. She writes about going to a debate there, which is based on a series of such that I attended myself soon after moving here. The cathedral reappears later in the story, too, as the backdrop to Margot's lunch with her flatmate.

The Chapel Royal is located within Hampton Court Palace, which itself is located just outside London near Wimbledon and was Henry VIII's favorite palace. Margot visits here early on and writes about the oval above the altar, a symbol of rebirth. St. George's Chapel is located at Windsor Castle, residence of the current Queen Elizabeth. Her parents and other royalty are buried in the chapel, including Princess Charlotte, whose 19th-century monument appears to Margot in a dream.

Welp, that's it for my little London tour today, but I hope you'll visit these places, too, someday--if not in person, then in What the Clocks Know!

About What the Clocks Know: Finding a ghost isn't what Margot had in mind when she went ‘soul searching’, but somehow her future may depend on Charlotte's past. Woven between 21st-century and Victorian London, What the Clocks Know is a haunting story of love and identity. A paranormal women's fiction, this title is available as of March 18, 2016 from Crooked Cat Publishing.

"A unique tale of the paranormal – as beautiful as it is haunting." ~ Shani Struthers, author of Jessamine and the Psychic Surveys series 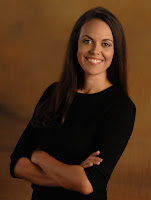 Rumer Haven is probably the most social recluse you could ever meet. When she’s not babbling her fool head off among friends and family, she’s pacified with a good story that she’s reading, writing, or revising—or binge-watching something on Netflix. A former teacher hailing from Chicago, she presently lives in London with her husband and probably a ghost or two. Rumer has always had a penchant for the past and paranormal, which inspires her writing to explore dimensions of time, love, and the soul. She debuted in 2014 with Seven for a Secret (in which a Jazz Age tragedy haunts a modern woman’s love life), and her award-winning short story “Four Somethings & a Sixpence” (about a bride who gets a little something she didn’t register for) was released in 2015. What the Clocks Know is her second novel.

Writing What You DON"T Know #IWSG

"Write what you know" is common advice to writers, and for the most part, that's what I do---mostly out of sheer laziness. But there is a downside to it, at least in the romance genre where I play. I've learned that romance readers tend to have a zero tolerance policy toward anything in the story that isn't romance. When I give my characters jobs that I've worked or a faith that I practice, I have to be careful about over-informing the reader.

Significant paring back happens during my second and third drafts and then again during the editing process. And still I get complaints here and there about the bits I left in regarding investment analysis---in a story where two characters get to know each other through a business project---or Catholicism---in a story about a freaking angel.

So here's my brilliant solution for my current WIP---the main character is a lawyer. I know nothing about lawyering. I have no interest in ever knowing anything about lawyering. Therefore, I research only the bare minimum and run no risk of over-informing the reader on legal matters. This makes it easier to keep the focus on the MC and his romantic "journey" (as the producers of The Bachelor would have us all say).

I still think "write what you know" is good advice, but there's a definite upside to writing what you don't. Have you ever written what you don't know and purposely not done a ton of research?