January 23, 2013
Most people seem to sniff derisively at the idea of a "Hollywood Ending," but let's face it---most of the sniffers must be lying. Because the only reason Hollywood Endings get shoved down the throats of movie and fiction writers is because people want them. Or I guess at the very least have been trained to expect them, and Meeting Expectations = Satisfaction, right?

Tony Van Helsing said…
Bored with the. ET is a good example, it is a good film up to the point where he comes back to life. After that it is ridiculously bad. It teaches kids that treating other creatures badly is the wrong thing to do but don't worry because if they die due to our actions then they will come back to life. Also, if he could make that bike fly then why didn't he fly to get away from the people chasing him at the beginnig?
1/23/2013 7:01 AM

People who live ordinary lives want to be diverted from that and paying $10- for two hours of entertainment they don't want to be reminded of their own boring, humdrum lives.

The stories without happy endings may be critically acclaimed, but most don't make money.

Yes, we do need happy endings for the ESCAPE... it's not ALWAYS about the money. Like Anne said, most people lead very boring or ordinary lives, so they look for that happy ending because they many never get theirs.

On the flip side MISERY doe LOVE company. A realistic ending of a broken life or relationship is something humans deal with on a daily basis. There is almost comfort in knowing that we are not going through these hardships alone.

And for both of these reasons I like diversity in my reading, and movie going AS well as in my writing. Two books, and a novella in progress .... all three VERY DIFFERENT in their endings and POV...
1/23/2013 8:32 AM

While they're the ones who built the film industry, they've spent the past 10 years, or so, tearing it down just the same.

That said, though, you have a good point about them giving people what they want...or what they've been trained to want.

~Charity~ said…
Movies do become rather dull when we know how they are going to end. I don't always need a happy ending either; I just need the ending to make sense. More diversity, I think, would be a good thing.
1/23/2013 10:15 AM

Luanne G. Smith said…
Depends on the movie/story for me. If it's a big blockbuster movie like The Avengers I want the happy ending where the heroes prevail and the bad guys get their butts kicked. If it's more of a literary type story, like No Country For Old Men, then an ambiguous "real life" ending that makes me think is more satisfying.

LD Masterson said…
I used to enjoy reading John D. MacDonald because his ending were not predictable. Sometimes the hero racing to save the girl would get there in time, sometimes he wouldn't. But in truth, I never enjoyed the "reality" endings. I want the happy.
1/23/2013 11:22 AM

Suze said…
Years ago at a writers' conference, I first heard the term, 'Surprising Inevitability,' and it's still the best concept I've come across when wrangling with this age-old, persistent conundrum. I think the most satisfying endings take us where we expect in a way, and hopefully in many ways, that we do not.
1/23/2013 12:57 PM

Alex J. Cavanaugh said…
I guess it depends on why you're watching movies. Most of the time, I watch to escape. If I'm escaping to another world for two hours, I want a happy or at least satisfying ending.
1/23/2013 2:47 PM

Unknown said…
In a book we don't have the option to 're-shoot' but if my endings don't satisfy, chances are I won't be selling a second book.

Janie Junebug said…
I remember The Player. I love Hollywood endings. What would Pretty Woman be if she'd gone back to being a hooker after what's his name left? Oh, yeah, he'd given her a wad of cash, but how long would it have lasted? She would have been back on the streets if he hadn't saved her, and don't give me that crap about she saved him right back. So, I guess my point is that the Hollywood ending is what made it good. I think I'll visit your book launch page now.

Elliot Grace said…
Nicki! My fellow 80's junkie! It's been too long, for crying out loud!

Anyway...Hollywood endings. Honestly, it's the perfect ingredient for laying siege to what may have been a wonderful novel, until a producer clamped onto it, his fangs bared ;)

Great to hear from ya!

Livia Peterson said…
I love happy endings, but as I keep watching tons of movies, the endings are always the same! I love endings that leave you wanting more.

Films and stories are escape for me. I like to enjoy them without knowing the ending, but that doesn't usually happen - I know it halfway through but loving it anyway. And cliches are the worst.
1/24/2013 7:05 PM

Carol Kilgore said…
For me the most important part for movies and books is if the ending is satisfying. Sometimes for it to be satisfying, it doesn't end happily. Two that I think fall into this category are The Departed and Burn After Reading.

Jennifer Lane said…
Great post, Nicki! I must say I love Hollywood endings. (I was just complaining about how Mockingjay ended on Facebook moments ago!) But I don't like everything neatly resolved--I still like some messiness since that seems like reality. I just want to feel a sense of hope and satisfaction at the end (after the characters have been tortured beyond belief of course).
1/27/2013 10:03 AM 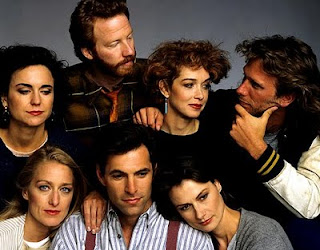 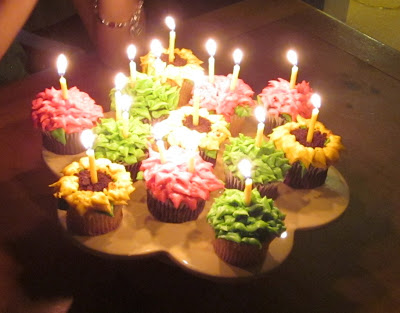