F is for: Flexibility 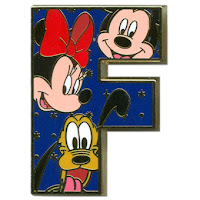 I'm a mega-planner when it comes to Walt Disney World.  There's so much to do and a limited amount of time in which to do it, so after getting input from the family, I type up detailed daily itineraries (I'd show you a sample, but I like you and don't want you to be frightened of me). I've learned, however, that the most important part of any plan is to know when it's time to take a slight detour or even abandon the ship entirely.

For example, for our first morning at the Magic Kingdom, "the plan" was: Step 1 - Go to Space Mountain, go directly to Space Mountain, do not pass Go, with a carefully orchestrated set of steps immediately following. Yet as my husband examined the park schedule while we waited for the ropes to drop, he informed us that Rapunzel would be at the castle for character greetings, and my daughter squealed (she's 15---I'd thought we were past waiting in line for characters). My eye twitched, just a little, but I smiled and said, "Great."

Then my mother explained that if we all wanted to ride Peter Pan together like we'd been planning (Step 8 - Grab a FastPass for Peter Pan; Step 16 - Ride Peter Pan), we better do it first thing because she and my dad had to head back to the resort at some point to take care of a room issue.  Smile in place, I mentally rearranged my steps and replied, "Okay, fine."

And you know what?  I meant it.  Because how stupid would it be to blow an opportunity to fly on a fleet of tiny ships over London and Neverland with the people I love most in this world?  And why, oh why, would I deny my baby girl one last chance to get giggly while having her picture snapped next to her favorite Disney princess? 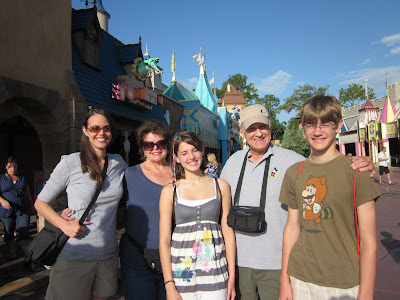 Besides, I still got on the new & improved Space Mountain 3 times that day. ;)
Disney Trivia:
In 2004, Disney Editions published the first book in a (really great) series that provides a re-imagined history of Peter Pan.  What was the name of that book and series?

I agree: Flexibility is the key. Go with the flow. Fly with the birds. FastPass it when needed.

I'm just like you when it comes to itinerary and have a feeling I will have to be soooo flexible because Monster Child will see something and run to it no matter how badly she wants whatever it is she was waiting for.

My wife got tired of having me read these posts to her everyday, so she asked for a link to your blog. You'll soon have a new follower! But don't expect her to comment much....she doesn't even comment on my blog! :)

I love that your daughter squealed for Rapunzel. You're a trooper for adjusting your carefully planned itinerary, despite the eye twitch!

I love that Peter Pan ride.

Also, if you don't yet know, your Twitter account password needs a change. I got a direct message from "you" that was really spam. Stupid hackers.

The Peter Pan ride is a good one in the middle of the afternoon when it's super hot and you're kind of halfway to grumpy because of the crowds and blahdeblahdeblah. Very atmospheric. One of my faves.

You can never plan that stuff, and the more people you add, the more plans go awry.

Flexibility - really a good rule for enjoying any vacation.

We tend to be very scatter-brained when visiting theme parks ;) Flexible yes, but see everything, no!

I love the Peter Pan ride! One of my favs! And would the book happen to be Peter and the Star Catchers? (my bro is reading the series right now)

I will never be at an age where I am out of the lines for characters! I love love Disney. But I agree you need to have a plan and lots of days to visit the parks. So big. So many people and so much time...Also are you talking about Peter and the Starcatchers? I don't know any others that look at peter pan lol Great blog :) Mine is about video games this month if you'd like to pop over.

Blessed are the flexible, for they shall not be bent out of shape.

I'm not a planner per se. I do plan carefully on my day to day live but on vacation I only get to "What are we doing tomorrow?" Then, I let things flow. Of course having a seven and five yo means that everything takes three times longer... I'm used to not doing all of the things I planned for.

Thanks for commenting on my blog.
From Diary of a Writer in Progress