Which Disney Character are You? 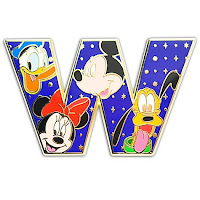 Practically hidden---in The Magic of Disney Animation at Disney's Hollywood Studios---is the "Which Disney Character are You?" quiz. You might be able to find similar quizzes online, but those don't count.  You must take the test on Disney property for it to be official (in the rules according to moi).

It's totally worth the sideline.  We ventured into the walk-through attraction on a hot, crowded day at Hollywood Studios, but found the large, air-conditioned space to be fairly uninhabited.  We were free to peruse the exhibits and play with the interactive computers without waiting and had a lot of fun.  Winnie the Pooh and Sorcerer Mickey even made an appearance for photo ops with hardly any line at all.

The one part of the exhibit I personally didn't care for was the show.  It's over-the-top cheesy and you feel pressure to laugh because of the live guy on stage in close proximity.  You're supposed to enter the building via the theater, watch the show, and then be released to see the cool stuff, but if you want to skip the show, you can easily enter at the exit, which we did by accident. 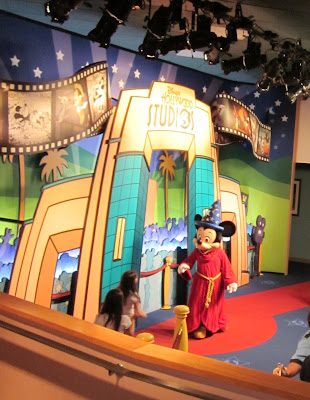 Disney World Trivia
As I reported in my Disney World postmortem, I took the "Which Disney Character Are you Quiz" last fall---who did I get?

Unfortunately, "cheesy" is what Disney is all about. Gotta love that there's still one place in the world where I can look at everything through rose-colored glasses. Also, the kids love it too.

Have you been to Universal? Harry Potter is awesome. Ahem, I mean the kids think it is.(:

I'll look for the exit then.

My favorite part of the Animation building is the preview of the next upcoming Disney/Pixar movie! Most people don't get that far or go through it and it's a shame! Plus the remnants of the old animators desks (which look surprisingly like my house with all the Disney clutter BTW). I remember when the tour had working animators on it (showing my age here).

Plus, the Art of Animation store is the best place to get signed pieces because that's where the artists frequently are!

Hello, Nicki! I went to Disney World for the first time when I was 20. It was magical!! I can't wait to go again some day. :)

Have a lovely week and happy A to Z!!

I can't believe I don't remember which Disney character you are!

Trade you a Star Tours story for the answer.