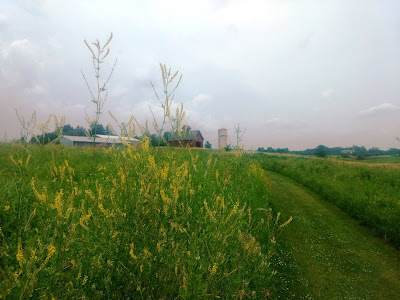 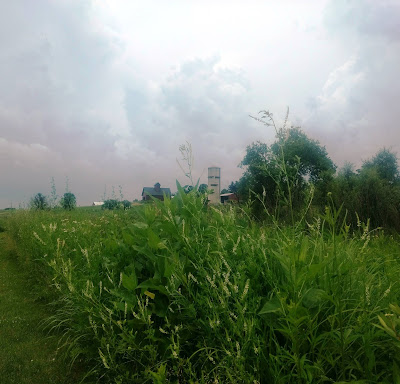 I once heard someone say - not in an arrogant or conceited way - that when they walk into a room, they just figure people will like them. What must that feel like?! Sheesh! Maybe my suspicious nature is too busy slitting my eyes and trying to figure everyone out.... :)

"So many of them will continue "putting up walls," as we say in #BachelorNation, and thank goodness---because otherwise, my novels would all be about two pages long." <---Love this line. Very relatable. :)

Gorgeous pics, by the way!

I can see how not trusting a guy can add a lot of tension to your story I think we all put some of ourselves into our stories.

Young people are distrustful and trustful - rather all over the map. I'm sure that gives you a lot to write about.
Hope the frogs did hop off.

Wow, I haven't noticed the mistrust of your female characters as being an obvious thing--how interesting. Sometimes they're with cads who do them wrong (or family members who are obnoxious) so maybe their mistrust is wise.

I definitely love you for who you are! I'm lucky to have met you.

I see I'm not missing much in Chicago/burbs.... I'm still in Orlando. I should be returning by the end of this month or the beginning of August. It's been AGES....hopefully we'll be able to connect this year. Lol.

Excellent question and answer for this month! Love the quote!

Distrust is on the top of my character trait list also. My daughter suffered from the cute older brother thing also.

I dated a lot of those boys who just wanted what teenage boys wanted.

Hi, Vebbie! Your photo looks like every afternoon in Florida with the storm, but not the farmhouse and barn (I think that's what they are) in the distance. When I have a lot of rain and Lake Junebug fills up, the water teems with tadpoles. When it dries up, some of the tadpoles die and then the scum is covered with flies. Yuck! Every boy I dated wanted one thing and they expected to get it in a car. So romantic! They did not get what they wanted until I decided to give it.

I hope the little frogs did make it out. Aww!
I don't trust many people even now. A queen of putting up walls. I had to laugh at that quote about the reasons because it is spot on in many ways LOL.

Love your quote - so true! I also have trouble trusting people, and I'm not young. My inability to trust might've created some problems in my relationships as well. I think many people would understand and sympathize, so it is a good trait to incorporate in your fictional characters.

I'm probably a lot like your character. I have a hard time trusting people too. It's good to hear that you managed to outgrow that! Any recommendations for someone still working on it? Then again, maybe I should just read one of your books! :)

hows it going? blog looks good and i bet your books are too! i see another solid series has “hit” the shelves!
i’d love to hear how you’re doing =) sorry it’s been so long since i stopped by!