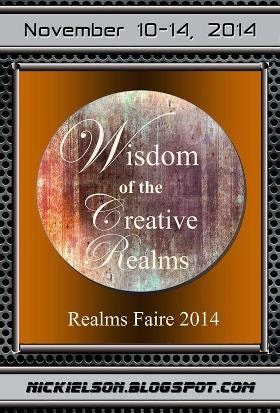 It's Day 2 of M. Pax's Realms Faire! Today, the fiesty Liesel from Hans & Greta has been challenged to a duel over at Cassandra Webb's. She needs your help! Please go throw some votes to Liesel and her lethal stilettos at

I'm hosting the Wisdom of the Creative Realms. Through the ages, the arts have spoken truth and wisdom in a way that resonates far deeper than the words from any textbook can. King Arthur's table was round to encourage equality and open sharing of opinions. From November 10-14, consider my blog to be a round table at which I invite you to sit and share wisdom from the creative arts. Today we're finding bits of wisdom from Books.

Either in the comments here or at your own blog, share with the Round Table a quote or piece of wisdom from any book you have read---or written!---during your lifetime.


My wisdom is a quote from The Picture of Dorian Gray by Oscar Wilde.
When I first read this one, the truth of it stabbed straight through me:

"Better for him that each sin of his life had brought its sure swift penalty along with it. There was purification in punishment."

This pretty well sums up the crux of that classic novel. Everyone well knows that we learn from our mistakes, right? But what if our missteps weren't met by negative consequences? Would we still learn from them? Not likely. Cotton candy and rainbows are awesome, but it's our punishments that shape us into responsible humans, so as much as we may hate them, we do need them.

Be sure to read through today's comments for more wisdoms. Yesterday we got some wonderful early quotes in the comments. I'm posting them here to be sure you don't miss them:

"I thought that love would last forever. I was wrong." ~William Butler Yeats
"And so we beat on, boats against the current, borne back ceaselessly into the past." ~F. Scott Fitzgerald

"…there was a language in the world that everyone understood, a language the boy had used throughout the time that he was trying to improve things at the shop. It was the language of enthusiasm, of things accomplished with love and purpose, and as part of a search for something believed in and desired." ~Paulo Coelho (The Alchemist)

Enter my giveaway simply by sharing a wisdom in the comments below. If you post your wisdom at your blog, let me know in the comments and you'll be awarded 5 EXTRA points! Points accumulate until midnight on Friday and winners will be announced the following Monday.

To honor your great wisdom and the new wisdom to come through all those books you'll read, I'll award 5 beaded owl bookmarks to the people WHO've accumulated the most wisdom points.

2 random winners of eBooks of Legendary by LH Nicole.
Aliana Fagan spent her childhood traveling the world, dreaming of legendary heroes and mythical lands. But after the sudden death of her parents, she hides behind the safety of her camera and her art until a vivid recurring dream compels her to dig into her father's research about Avalon and Camelot. When she is hurled into a magical realm by forces she thought were only the stuff of fairy tales, she finds herself thrown into an adventure she could never have imagined. Nearly everything she thought she knew about Arthurian legend was wrong.

2 random winners of eBooks of Shades of Avalon by Carol Oates.
Ben Pryor grew up as an average kid in Camden, Maine, unaware of the supernatural storm brewing in his Celtic blood. However, at nineteen, as the last born in the royal line of beings that once ruled Atlantis, Ben has eagerly embraced his newfound abilities and birthright. In the sequel to Shades of Atlantis, Ben will delve deeper than he ever imagined into the old, magical ways of the Guardians, the secrets of Excalibur, and the truth behind the legend of King Arthur. What exactly did the Council hide beneath the citadel of Camelot? And can it help get Caleb back without putting the world in danger?

Get ye over to these other fabulous events:
Joust ~ Soak-a-Bloke/Drench-a-Wench ~ Riddle Me This ~ Dueling Bards ~ Stockade Brigade ~ Phasers ~Dragon Hunt ~ Wisdom of the Creative Realms ~VelociRaffle

The VelociRaffle for the entire Faire features these books plus lots, lots more.
Click the image to play: 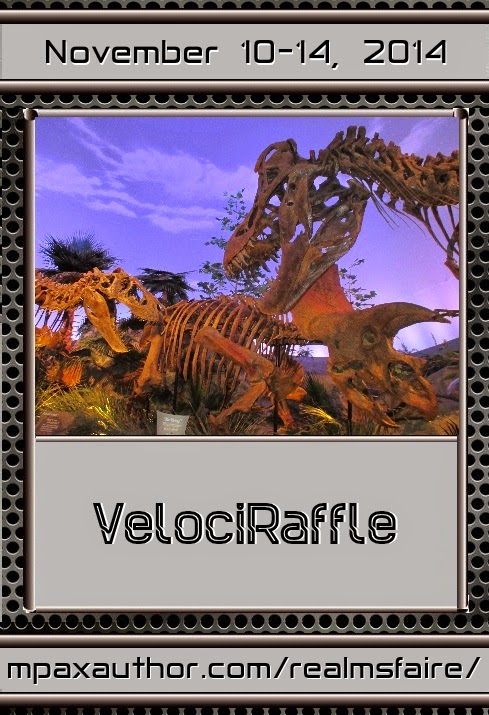 It's early and this was the first thing that came to me. Since that probably means something, I'm running with it - You are from God, little children, and have overcome them; because greater is He who is in you than he who is the world. (1 John 4:4)

"Live by the foma* that make you brave and kind and healthy and happy." Cat's Cradle, Kurt Vonnegut.

The first one that came to mind is super long, but a current favorite, and the rest were in my mind today and somehow it's all intermixed:

"Story is the most adequate way we have of accounting for our lives, noticing the obscure details that turn out to be pivotal, appreciating the subtle accents of color and form and scent that give texture to our actions and feelings, giving coherence to our meetings and relationships in work and family finding our precise place in the neighborhood and in history." - Eugene H. Peterson, Leap Over a Wall (Also the translator/author of the The Message)

"Grace will drop into your pocket on a day of waning light - " Laurel Garver, Muddy-Fingered Midnights.

"You don't really suppose, do you, that all your adventures and escapes were managed by mere luck, just for your sole benefit?" - Gandalf's dialogue from The Hobbit, Tolkien

Flash your...your...you can't just show anyone your bare chest. Don't ever do it again. - Remake by Ilima Todd.