Hooray, hooray, I can finally cast Jen!  I've had the actresses picked out for quite some time, but I wasn't quite satisfied with my 1980s option. She was just a touch too glamorous for our girl.  And then...last weekend I forced my daughter to watch my favorite 80s movie with me, and blammo---there she was, just waiting for me to find her.  So, sorry Mia Sara; there's a new Jen in town.

Jen has brown hair and light eyes of undisclosed color, but the primary thing about Jennifer Whitney, the main character in Three Daves, is that she's sort of the ultimate average girl.  She's pretty, but not too pretty; smart, but not too smart; nice, but...you get the picture. She's the kind of girl that everyone can relate to in one way or another.

She's usually pretty easy going and says things like any 80s girl would:

She's also got an innocence about her, a naivete, that sometimes turns judgmental.  A bit of a goody-goody, if you will. Like here, for example, after her friend comes spilling out of a parked van one morning during spring break:

“Chris!” Jen gasped, unable to disguise her shock and disapproval. “You just met him yesterday!”

As sweet as she is, she's also got a playful, sarcastic side. You might say she's a tease in more ways than one:

“I never come here. Bowling is for dorks and losers. I noticed you were pretty good, though.”


My 80s choice to play Jen is: Daphne Zuniga!
Who? You ask.  I would've said the same thing a week ago.  She's the girl from The Sure Thing, the one that John Cusack was after, the one he traveled cross-country with.  Remember?  He teased her about having to rearrange his sock drawer, and she shot-gunned a beer for the first time in that hotel room?  Oh here, I'll just show you her picture:

She's got a bit of a 'tude in that picture, which isn't really Jen, but I thought she was more recognizable there. This, however, is the one that had me pounding my fist into the couch and squealing "Yes!" while the kids asked, "Are you alright, Mom?": 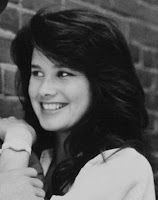 Isn't she darling? I know!  She's sweet and fun and innocent and just a little sassy.

This blog is a first, because it's the first time I am equally excited about both the 80s and 2010 choices. Anna is fairly new to the scene.  You may remember her from Up in the Air with George Clooney, where she was the adorable, brilliant-but-somewhat-clueless newby at the firm.

It's very easy for me to see her being self-confident and level-headed one moment, and a complete idiot the next.  Just like...most of us?
This girl has a very real quality to her, like she could actually be the girl next door. Here's a couple more shots: 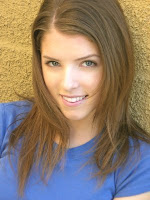 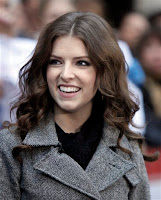 2 comments
Email ThisBlogThis!Share to TwitterShare to FacebookShare to Pinterest
Labels: 80s, Anna Kendrick, books, characterization, Daphne Zuniga, The Sure Thing, Up in the Air, writing

Whether I'm reading or writing, there there are three things that maximize my enjoyment: coffee, red wine (beverage choice dependent on the time of day), and my jammies.  And so I find it quite delightful  that the three businesses where Three Daves is available for purchases happen to be a coffee shop, a wine store, and a lingerie boutique. 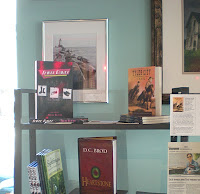 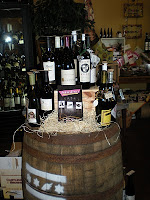 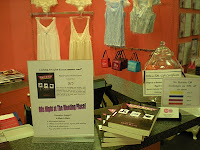 1 comments
Email ThisBlogThis!Share to TwitterShare to FacebookShare to Pinterest

As promised, here's the One Hit Wonders of the 80s playlist.
Dare ya not to dance. ;)

One Hit Wonders of the 80s

If you haven't already taken this quiz at my website, here's your big chance to exhibit your in-depth knowledge of 80s culture.  These bands may have only had one hit, ah but what glorious hits they were.  I'll post the playlist on Friday. :)

Quizzes by Quibblo.com
Posted by Nicki Elson at 9:29 AM