Pop the Bubbly for @Debra_Anastasia - Return to Poughkeepsie is Here!

On this New Year's Eve, there is extra excitement in the air with the release of Debra Anastasia's sequel to Poughkeepsie, a romance novel different than any other that has attracted a large and passionate fan base. Here's what you're in for in Return to Poughkeepsie:


Beckett Taylor is a murderer. His calling, his craft are destruction and intimidation—whether he wants it that way now or not. He left Poughkeepsie to keep his brothers safe, to keep Eve safe. Set up with happy lives to live, they’re better off without him, right?

But all his willpower crumbles when he hears his brother Blake’s frantic voice on the phone. An unknown enemy has moved in on his old territory, and Livia’s been taken. In an instant, Beckett knows it will take an attack only he and Eve can execute to bring her back. All his self-imposed embargoes are torn to shreds, perhaps along with the new man he’s struggled to become.

Happy New Year, everybody!
Looking forward to many good times with you in 2014

She Puts the Ho' in Ho Ho Ho #50StatesOfPray 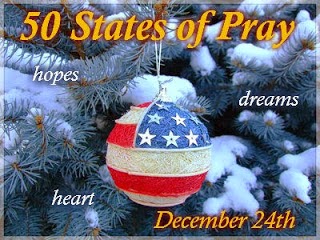 Thank you Mark Koopmans for coming up with this wonderful Christmas-time hop. For my 50 States of Pray contribution (representing Illinois), I'm combining something I learned this year with a hope for next year.

What I learned: Rahab, the harlot of Joshua 2 fame is the very same Rahab listed in Jesus' family tree (Matthew 1:5).  Yes, Jesus' great great etc. grandmother was a prostitute.

Why this is fabulous: Because it shows that Christianity isn't just for the squeaky-clean. Christ came for everyone, and not one single person on this Earth is beyond redemption. What more evidence do you need than that God chose a prostitute to stand in the line of His only son?

My hope: That in the coming year, we open our hearts and minds even more to the true message of Christ and do what we can to help each other along on our paths to redemption.

Congrats @AutumnMarkus on the release of The Art of Appreciation! 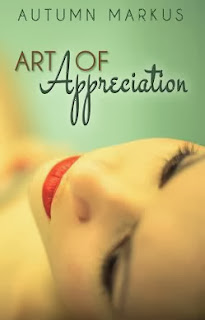 Abby Reynolds is burned out.

Since clawing her way into a great position at a Boston museum, she’s been saddled with a scheming intern and a nagging boss. She’s scuttled her own painting dreams, her cat refuses to be box trained, and now the most boring man on the eastern seaboard just told her, “It’s not you, it’s me."

Her bestie Sarah offers a much-needed escape: a summer of sand, sea, and younger men in Santa Cruz...

Hot young bike racer Jason is sexy, unattached, and completely ready to spend a summer in uncomplicated flirtation. Since Abby has decided love is off the table, he seems like the perfect match.Then she meets Matt. Sculptor, surfer (and age appropriate), he’s everything she gave up wanting and then some. He’s a grown-ass man with his own life issues.

Abby has to decide whether she’s satisfied with leaving behind the idea of Mr. Right and settling for Mr. Right Now.Grown up love. It’s complicated.

I love that this love story deals with real-life, grown-up issues that come with romantic entanglements. And this is one delicious entanglement. Here's my review at Goodreads: 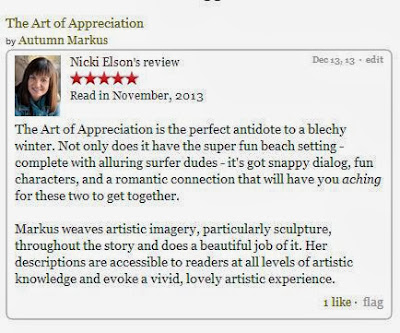 I asked Autumn one simple question: if you had to pick one song that best captures the essence of The Art of Appreciation, what would it be?  Here's her answer:

Today is the Cheersfest for one of the blogosphere's favorite and hardest working fellas----king of the A to Z Challenge, the one, the only (I hope)...(wait, was that out loud?) Mistah Arlee Bird!!!


This superfun blogfest is brought to you by Mark Koopmans, Morgan Shamy, David Powers King, Stephen Tremp, and The Ninja Captain himself. Visit any and all of these bloggers for the full list of Festers.

Please allow me to tell you a little bit about Arlee...

Why did Lee come up with the A-Z Challenge?


I believe he made it up as a colossal joke that we all fell for.

If someone dreams about being a juggler, what does it mean?

It means that he has the balls to dream big.

Is a post by Mr. Bird worth two in the bush?

Um, I have to take a pass on this one. Way waaay too many inappropriate responses popping into my head.

Who could play Lee in a documentary? (Living or dead.)

I think only Lee could do the job properly.

A man known only as The Juggler is most famous for tossing out internet challenges. Some say he’s mad, looney as a bird, while others hail him as a genius. I personally think mad genius is more like it. Mal, Zoe & the crew have their Browncoat brigade, but those who follow The Juggler call themselves Brown Jackets…because they're slightly more stylish. They mix in with regular folk throughout most of the year, but in April, that is when they come out by the hundreds and proudly display their letters. All twenty-six of 'em.

18 comments
Email ThisBlogThis!Share to TwitterShare to FacebookShare to Pinterest

[You can find my entry for Lexa & Julie's Dream Destinations Hop here.]


Last week I told you about a 1,000 Posts Giveaway that Janie Junebug is doing, and now I'm going to make it even easier for you to enter by including the Rafflecopter here. The biggest thing Janie hopes to accomplish through this giveaway is to round up 80 birthday cards to send to her mother-in-law, Margaret, on her 80th birthday. You can learn more about this fantastic lady here. When you send a card, you'll earn 10 entries in the giveaway (though I know your real motivation is simply to be the kind person that you are).

The cards have started coming in, but time is ticking and 80 is a big goal, so if you can, please send a card for Margaret to:
Janie Goltz
PO Box 61371
Jacksonville FL 32236

To SWAY you further, after you mail the card, e-mail me at elson.nicki@gmail.com with subject heading: "I sent a card to Janie" and I'll send you a free digital copy of my short story that features three octogenarian sweeties (in three formats: Mobi (works on Kindle), ePub (works on Nook), and PDF).

Rafflecopter prizes include books, two Amazon gift cards, one T-shirt, and $150 worth of editing by Mz. Junebug, who in addition to being hilarious and wonderful is a professional editor. Full prize details here.


a Rafflecopter giveaway
Posted by Nicki Elson at 10:38 AM 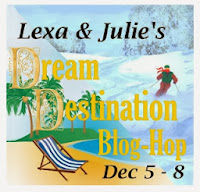 We're celebrating the release of Julie Flanders' The Ghosts of Aquinnah and Lexa Cain's Soul Cutter with a Dreams Destinations blog hop. Aaand Lexa & Julie are hosting a great GIVEAWAY.  Visit either Lexa's blog or Julie's blog to enter and also to find the Linky list so you can travel to more dream destinations.

It was unbelievably difficult for me to settle on just one place. I decided to make it somewhere I'd never been before...and then I decided to stop over thinking and just pick a place already...and I landed at Piazza San Marco in Venezia, or as we call it for some reason, Venice. (Does anyone know why we don't all call it Venezia?)

I would stroll the square, sidestepping pigeons and saying buongiorno to people whose eyes met mine, not worrying about my sorry accent. I would have tickets for that evening's opera in my pocket and a caffe-flavored gelato in my hand. I'd be wearing a darling scarf I'd just purchased, arranged in the most stylish of ways, while digesting the Eucharist I received that morning at the basilica. Also, I'd still be smiling about something flirty the adorable gondolier said to me the night before---right before I handed him the biggest tip he'd gotten in a good long while. 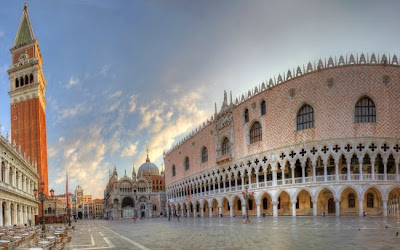 How about you? Where's your dream destination? 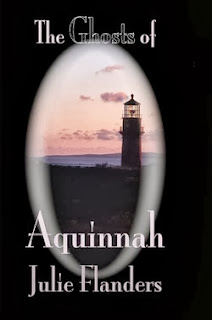 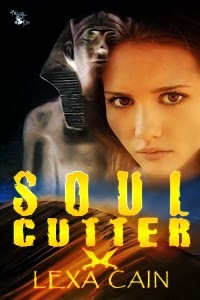 It's the first Wednesday of the month, time for another round of posts for the Insecure Writer's Support Group, founded by Alex J. Cavannaugh. Click on either of those links to see whassup with other insecure writers. The malfunction I'm having this months is...technology.

One of the reasons I chose to set Three Daves in the 1980s was because I didn't want to have to deal with modern technology. So that novel is purposely dated. But my WIP is set in current times, and I'd rather not have it feel out of date for at least a decade or so, but at the rate technology is advancing, I'm afraid the manuscript might become technologically obsolete before I even finish the second draft.

I dealt with this issue in Divine Temptation by minimizing the use of technology and keeping any references very general, but this new one is an office romance, so it's not quite as easy to avoid. I've got the MC using a laptop to pull up spreadsheets and update a PowerPoint presentation, and I wonder...should she be using a tablet? Can you do spreadsheets on a tablet? And will anybody be using PowerPoint in a couple of years? Does anyone use it now? (Please forgive my ignorance---I haven't worked in a real office since the 1990s, and the place I work now is in the land where time stands still.)

And what about texting? I hear talk of this newfangled talk-to-type, so will having my character wear texting gloves be old school in 2015?