Despite my long-time crush on one Mr. Abraham Lincoln and my fondness for classic literature, I'm not terribly interested in history (unless of course we're counting the 1980s). And so all this time I thought I was a fan of Victorian Romance, when it turns out I'm not. What I like is Regency Romance.

The reason I know this is because Anne Gallagher, author of my favorite new series---the Reluctant Grooms, a series of Regency Romance books---was kind enough to pardon my ignorance and explain to me the difference between the Victorian and Regency periods in a way that just might actually stick. In the hopes that I'm not the only one who has trouble making the distinction, I asked Anne if I could share her patient and very helpful response, and she gave me this awesome post. Enjoy & you're welcome. 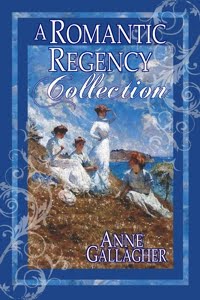 Regency is a term used for the Regency period 1811- 1820, when in 1811 Prince George (or Prinny as some called him) ascended to the throne after his father, King George III, went mad from a hereditary disease called porphyria. Because KING George III wasn't dead, PRINCE George couldn't actually be KING, so Parliament declared him REGENT in (Feb. 1811). He acted as Regent until 1820 when his father finally died and then Prinny became KING George IV.

Now some people ascribe the reign of the two George's (1760 - 1830) as the GEORGIAN era. And the Regency was only PART of that. However, I am a Regency purist. I look upon the Regency as a separate era during the nine years Prinny spent as Regent.

During Prinny's reign as Regent, he became a Renaissance man, issuing demands for new buildings (The Pavillions at Brighton) the refurbishing of Carlton House (his private home), Windsor Castle. Prinny was also responsible for designing Regent's Park, and continuing with his mother's (Queen Charlotte) love of gardening and the remodeling of Kew Gardens. He was also a patron of the arts, mainly architecture. Unfortunately, all that spending, not to mention the lavish parties and outrageous clothing, brought about a decline in his popularity with the people, and when he ascended the throne in 1820 when his father finally died, Prinny was not beloved.

Now, after George IV (Prinny) died (1830), his brother Edward took the throne for 7 years, and then, because there were no more male heirs to be found (they all died and there were no other male children of those heirs) VICTORIA became Queen at age 18 in 1837. She reigned until 1901 when she died. (She was the longest reigning monarch in England up until Queen Elizabeth surpasses that reign. She only has a few more years to go.)

The Victorian Era is when all sorts of things really started happening in Britain with the invention of the steam engine. Railroads, factories, modern conveniences. It was also the downfall of the aristocracy and the boom of the middle/merchant class, which is when the aristocracy started marrying into the merchant class. Men who had a title, would marry a rich merchant's daughter for the money. She would become a "Lady" and the "Lord" could save his estate. (Kind of like what's happening on Downton Abbey, only about 60 years earlier.) The Victorian era is also popular for the "steampunk" genre because of all the inventions that happened back then.

Hope this helps to differentiate the time periods.

I recently finished reading the latest book in the series, the Earl's Engagement, and you can read my review on Goodreads.

Thanks so much for having me, Nicki. This, of course, is the much simplified version. I could have gone on and on about what Parliament actually DID to Prinny (which is what I think caused his unruly spending) but for the sake of brevity, I kept it short.

I have the exact same book cover on my blog this morning...although I haven't finished it yet. Really looking forward to it though.

I don't think I've ever heard anyone ever admitting having a crush on Abe Lincoln before.

I knew about the porphyria (great movie called The Madness of King George) but not the regency. Great information. Thank you.

Um, excuse me. Did you use history and 1980's in the same sentence?

*grumble, grumble* Children should not be allowed to blog. 1980's. Humph.

I knew about Victorian since I took two classes of Victorian literature, but today I learned about Regency and Georgian.

I got educated a little bit today! Thank you Ladies! :)